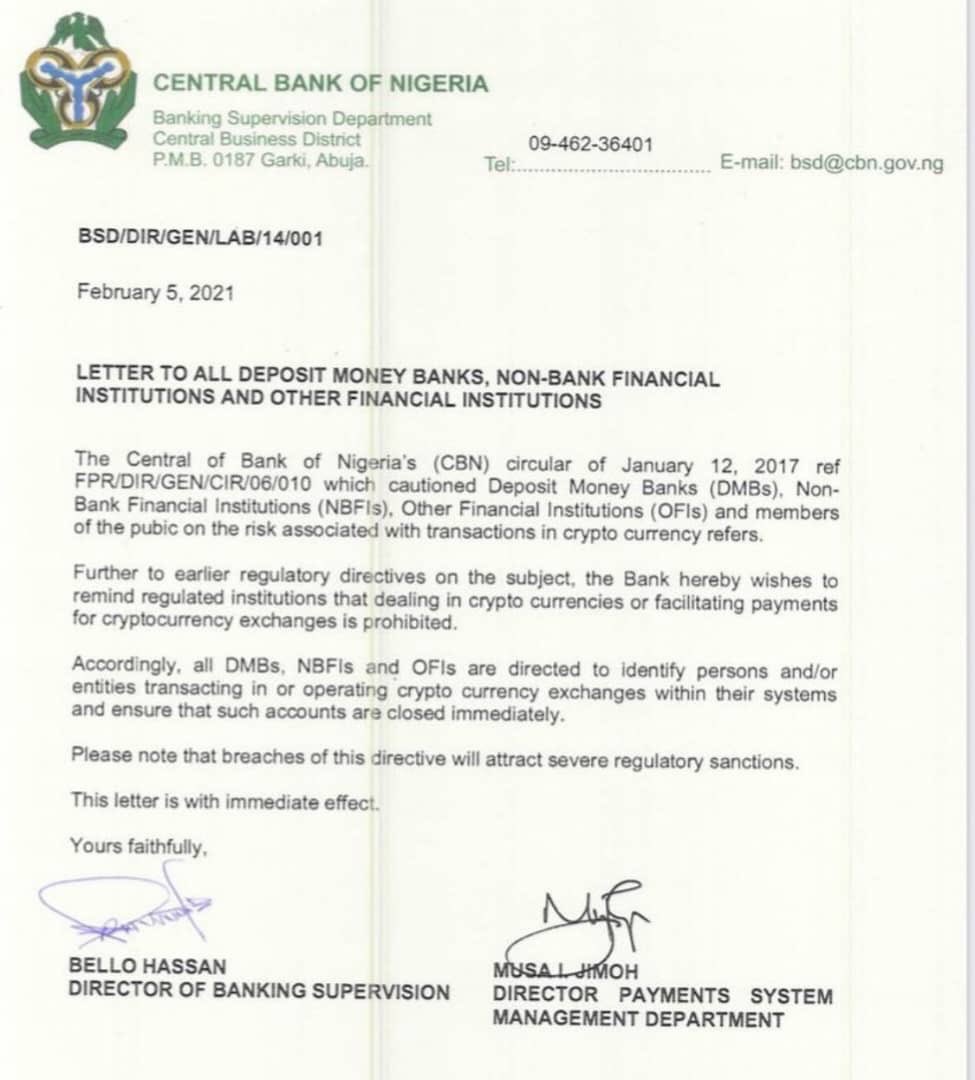 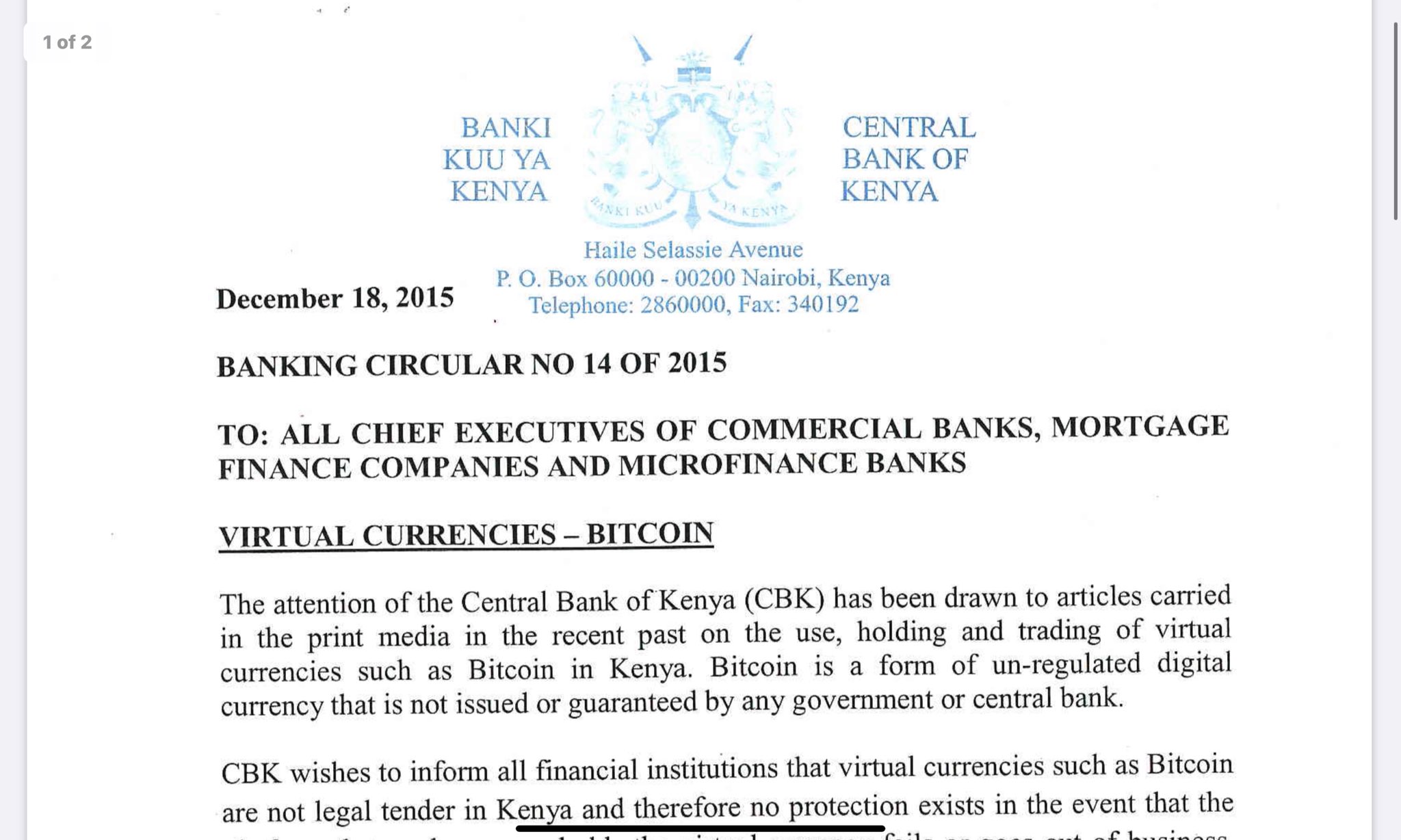 As a Kenyan from East Africa, i cant help but laugh at my crypto friends from Nigeria. Finally, they feel our pain for the last 7 years! There is a lot to unpack here so here is a thread on my associative thoughts

“Kenya’s Kipochi wallet was the first crypto bitcoin company that launched a product that allowed people in Africa to send and receive bitcoins, plus convert them to and from the Kenyan currency M-Pesa”

“Within a week our connection w/ M-Pesa through merchant provider Kopo Kopo was shut down. It took us more than a week for us to find out that Safaricom had forced Kopo Kopo to shut us down”

“In August 2013, Kipochi received an official notification from the Central Bank of Kenya that they needed to know who we were, what we were up to and what the hell Bitcoin was.”

What actually happened at Kipochi?open in new window

This was the first case of a Bitcoin company in Kenya running at odds w/ the regulated (Central Bank of Kenya) and regulated financial services (Safaricom’s Mpesa). A year later i joined the industry and recall trying to work with Pelle’s Kipochi and other companies like Bitpesa

We all worked together on how we would get the banks and regulators to ease restrictions on accessing bank accounts. We needed a neutral body to champion this cause

I was tasked to set up a non-profit foundation. Here is an email dated 14th May 2014 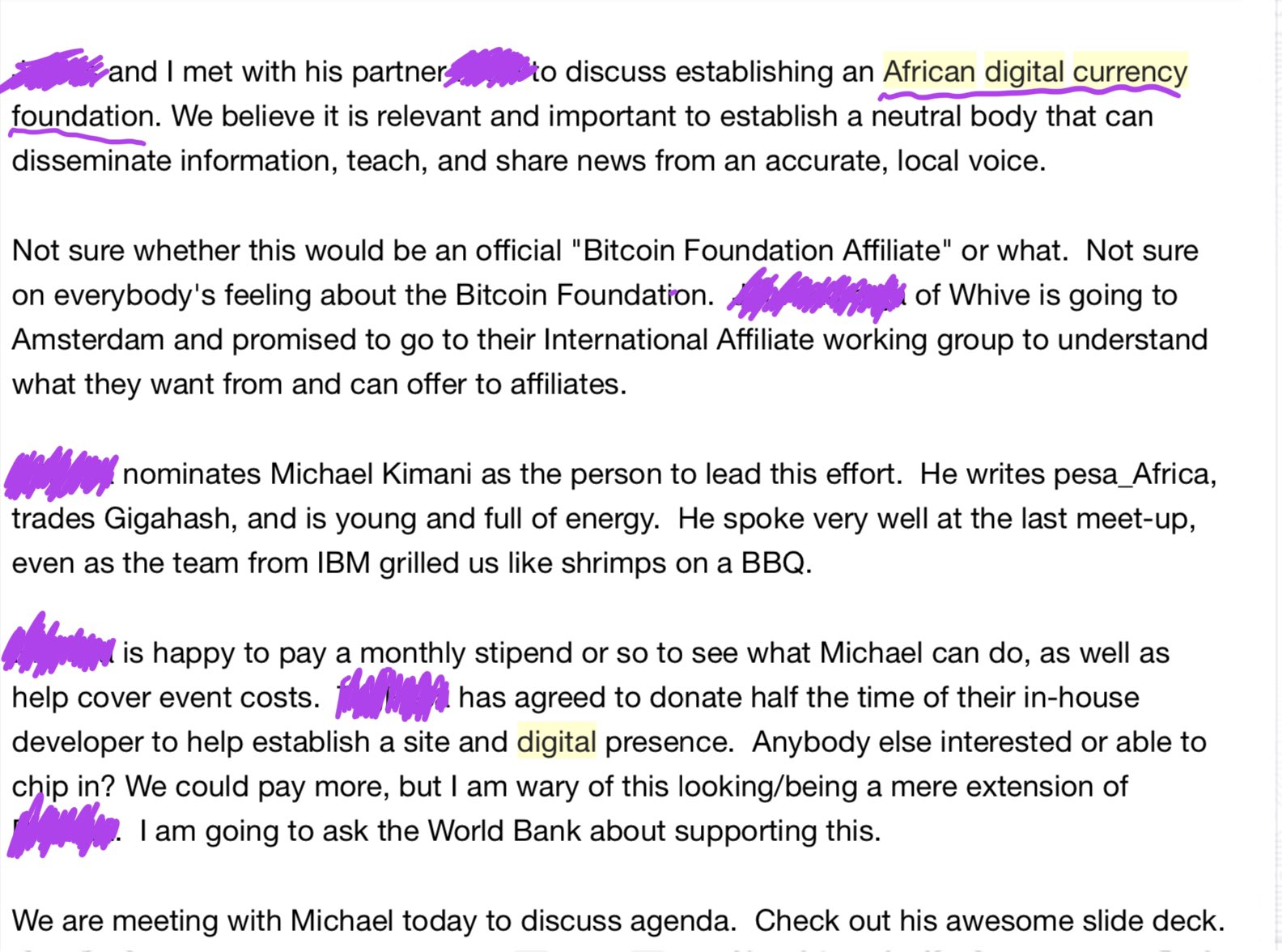 This too did not last long

“The purpose of this circular is to caution all financial institutions against dealing with virtual currencies or transacting with entities that are engaged in virtual currencies. Do not open accounts for anyone dealing in Bitcoin”

“We will not agree to have bitcoin-related transactions on its M-Pesa system unless the virtual currency is authorised by the banking sector regulator.”

It all seemed coordinated.

I penned an opinion article for Kenya’s leading newspaper the Daily Nation, bashing the CBK for foolish short term thinking. I said “4 years from now people will laugh at CBK for this ridiculous notice” 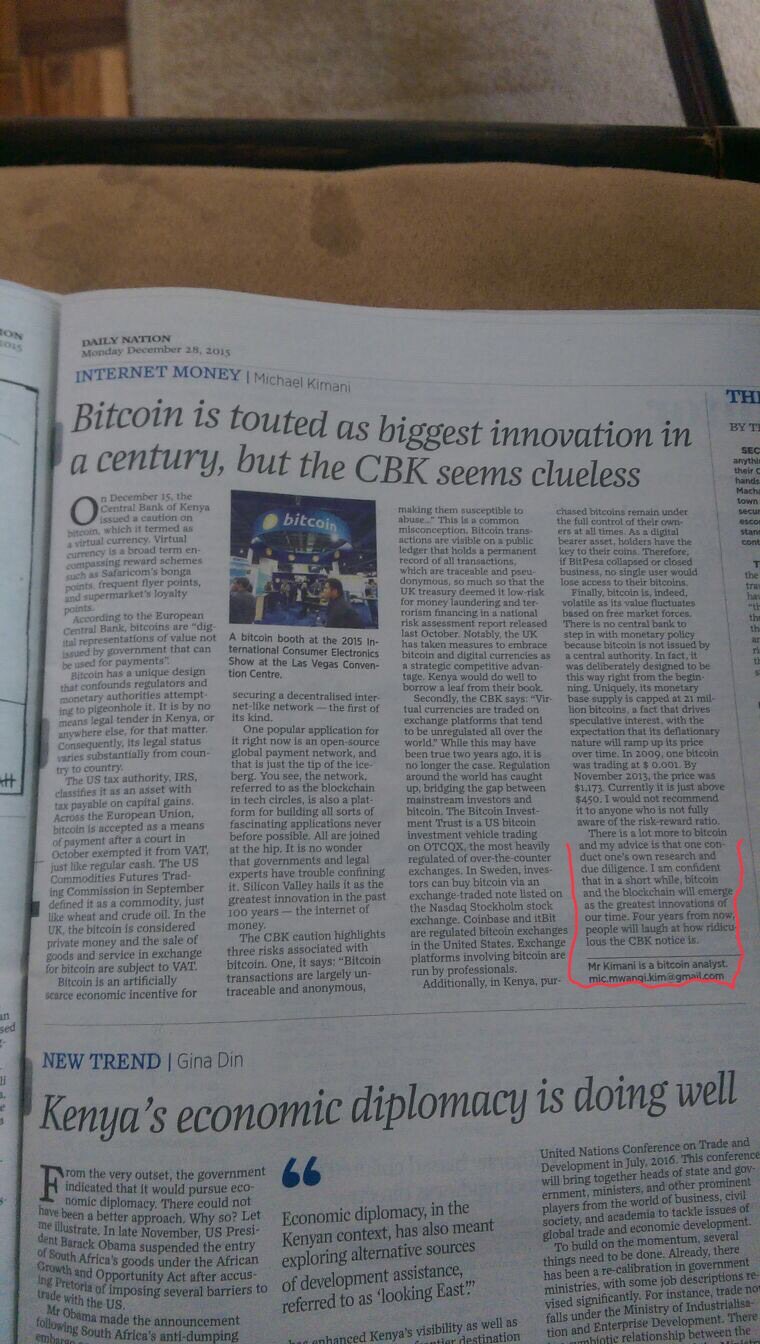 A lawsuit filed by bitcoin payments startup BitPesa and its partner against mobile money giant Safaricom was heard in the Kenyan High Court on Tuesday.

Bitpesa argued Safaricom “intimidated” its gateway partner, Lipisha, forcing it to suspend its services on November 12th without prior notice causing BitPesa and Lipisha significant challenges maintaining their business.

Safaricom argued that the suspension of service to Lipisha was justified because Bitpesa had failed to obtain authorisation for bitcoin transfers from Kenya’s central bank. As a result, Bitpesa’s transactions through Lipisha and its account at Safaricom contravened AML rules.

But a lawyer for the two firms said Safaricom had misunderstood the central bank’s requirements. “[The central bank] told BitPesa that bitcoins are not regulated in Kenya but Safaricom insists that it produces a licence to that effect,”

A Kenyan High Court judge has ruled that M-Pesa operator Safaricom will not be required to grant access to bitcoin startup BitPesa amid an ongoing legal dispute.

With no access to Bank accounts and Mpesa gateway services critical for operations, Bitpesa gradually pivoted away from business in Kenya.

Bitpesa was a critical gateway for accessing Bitcoins (buy and sell), so their departure, affected behavior on how users accessed bitcoins.

The biggest beneficiary was peer to peer bitcoin markets which do not require an intermediary with banking or Mpesa services.

Local bitcoins was the first to cater to demand. See this chart of growing volumes since Bitpesa was shut down. Current volumes 150 million per week. 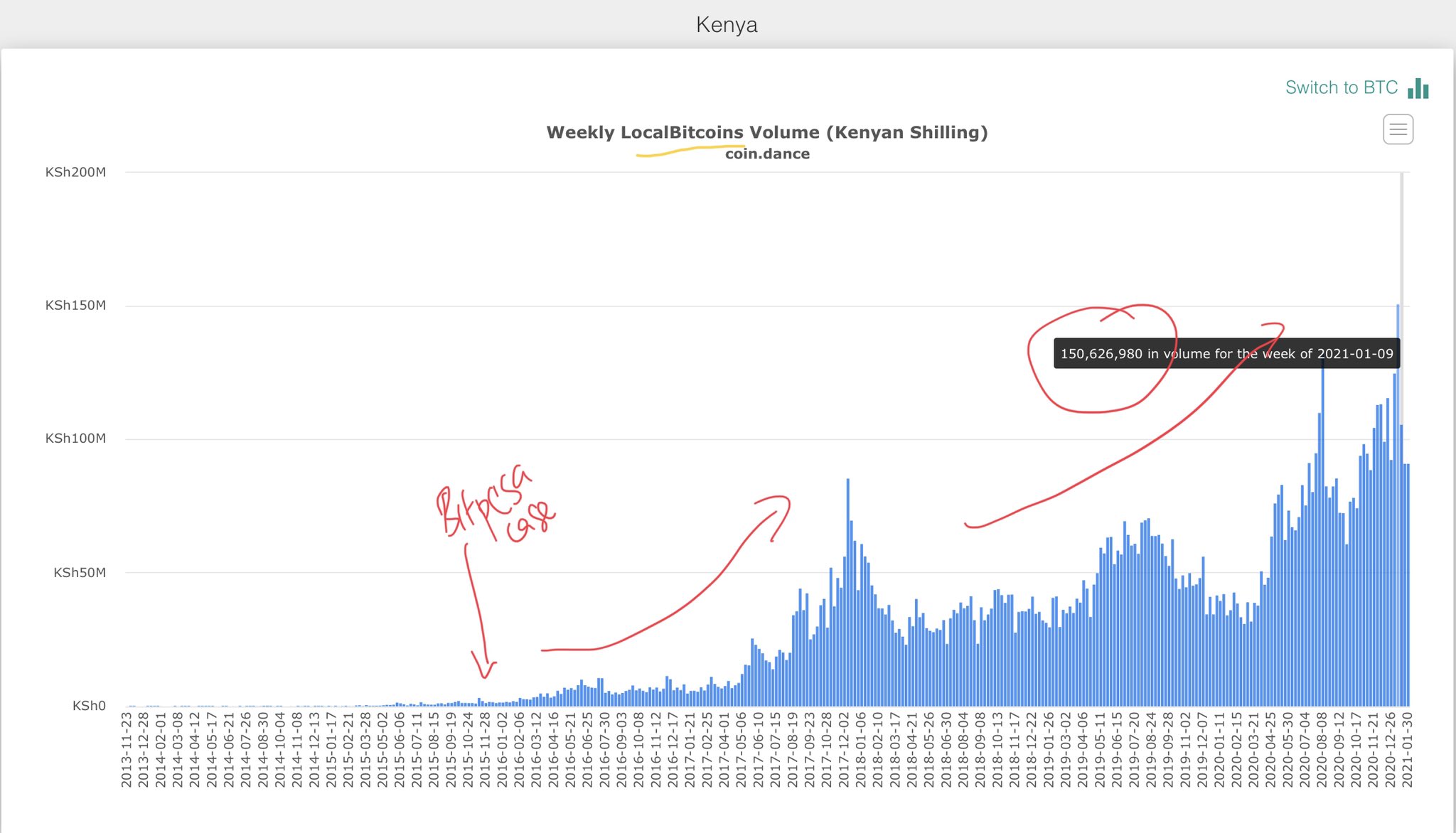 You see, regulators are foolish and do not gerrit. When you shut down formal channels for buying and selling bitcoin, peer to peer trades pick up b/c the nature of bitcoin and cryptocurrencies is peer to peer. Peer to peer transactions are informal and hidden.

You see, regulators are foolish and do not gerrit. When you shut down formal channels for buying and selling bitcoin, peer to peer trades pick up b/c the nature of bitcoin and cryptocurrencies is peer to peer. Peer to peer transactions are informal and hidden.

Here is a chart of Kenya’s peer to peer volumes on another peer to peer market, Paxful. Weekly volumes, 178 million per week as of last week 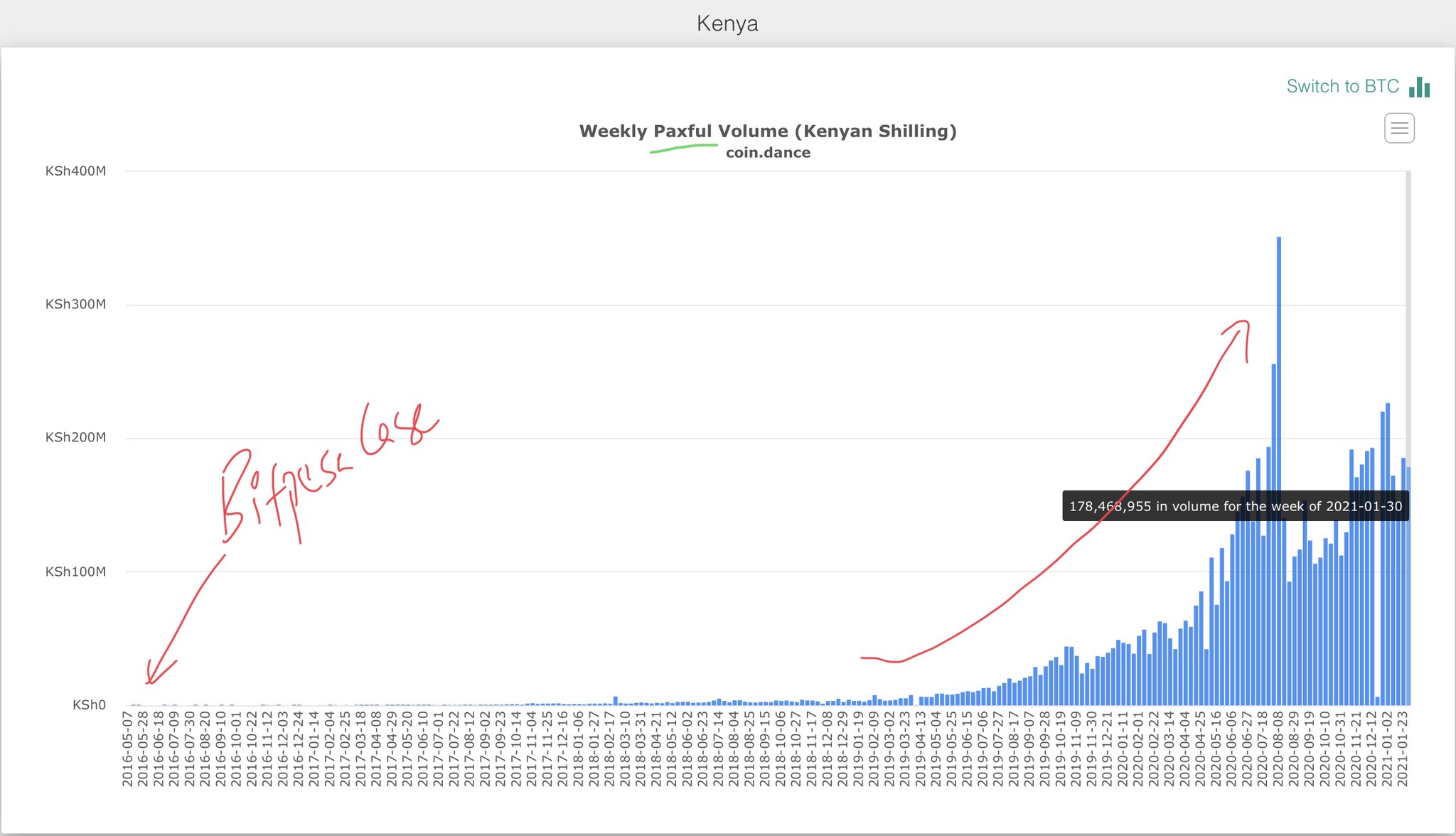 With a set up like Bitpesa, the regulator can force compliance through enforced reporting and can keep track of money moving in and out of bitcoin and cryptocurrencies. 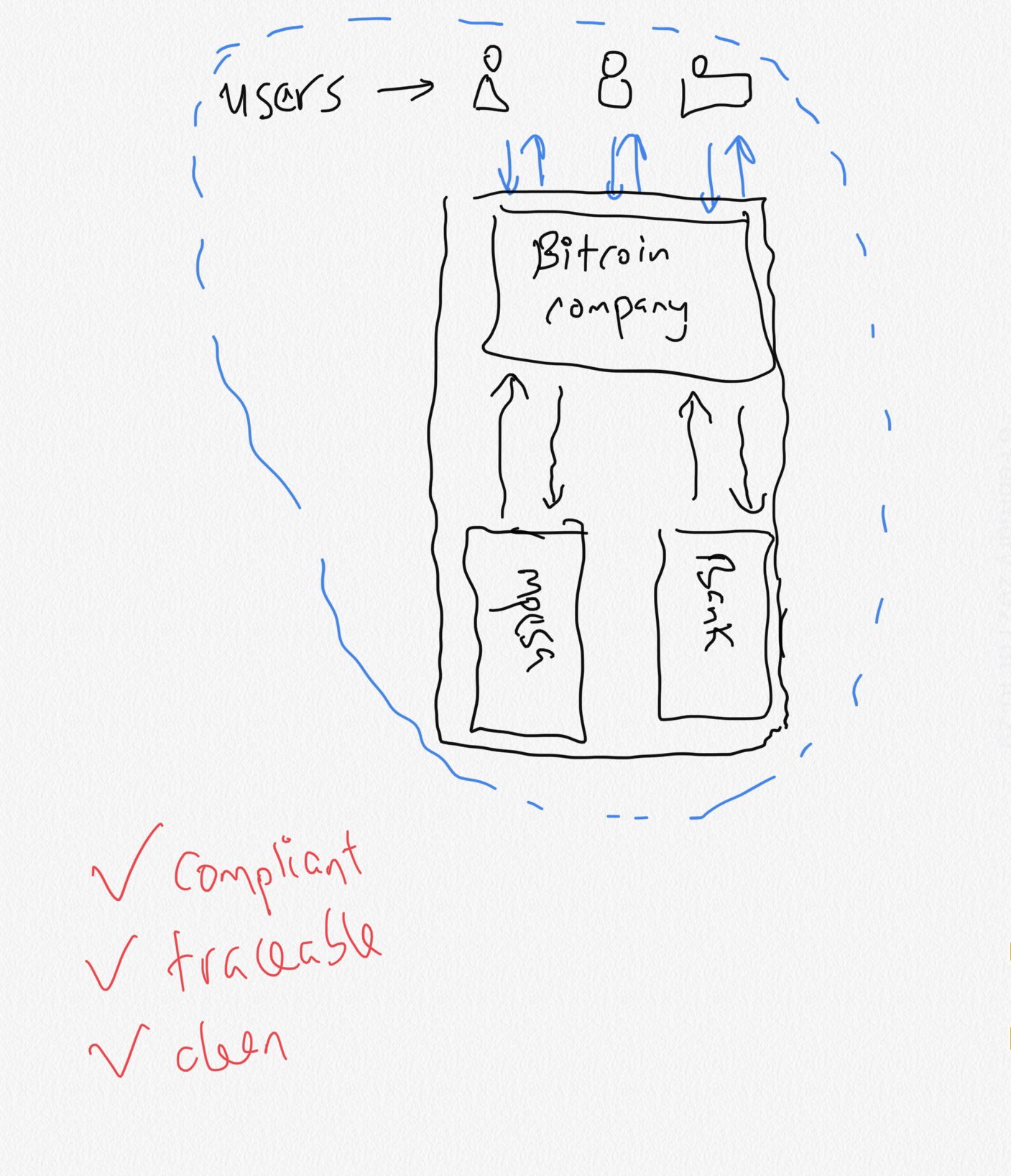 With peer to peer markets, the nature of the transaction is untraceable b/c money moves from a individual user account to another individual users account, the bank, Mpesa and regulator cannot tell the purpose of the value transfer. When in fact, it was a bitcoin trade 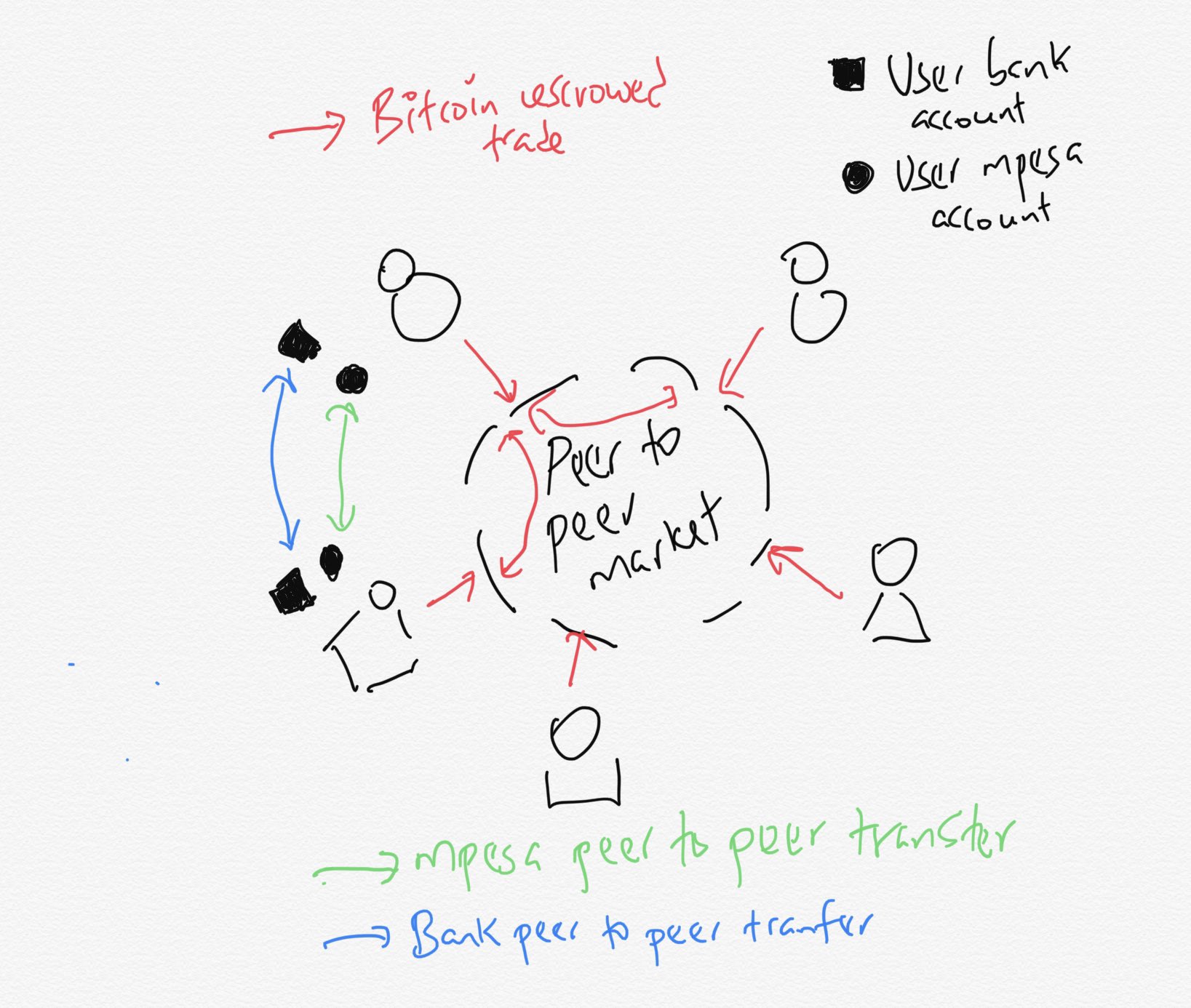 See, there is no way to tell exactly how much money is moving through, in and out of bitcoin and cryptocurrencies. This is the conundrum for regulators. They think they smart by shutting down formal channels, but only serve to prop up informal hidden volumes

My conservative estimates is

Peer to peer trading of bitcoin and cryptocurrencies is the only model that works despite the position of Central Banks. it has been great for creating earning opportunities for young people

see this threadopen in new window

I find it amusing that Kenyan regulators, officials and ‘Fintech’ experts think cryptocurrencies can be ‘swept under the rug’, it merely exposes their foolishness. Ive met A LOT of them in my 7 years and they DO NOT GERRIT!

UGANDA recently made ammendments to their Anti Money Laundering Act 2013 to include virtual asset service providers. Perhaps the only notable effort from government in the region to address the issues above

In my opinion, due to the circular by the Central Bank of Nigeria 🇳🇬, we should expect to see the same patterns witnessed in Kenya 🇰🇪

In fact, i wager, we multiple times of magnitude b/c Nigeria is 10 times bigger than Kenya Flag of Kenya and has a long history with currency devaluations and informal currency trading

See this threadopen in new window

Here is a story of how Nigeria’s informal networks use trusted networks, e-word of mouth and reputation to support the trade of bitcoin and cryptocurrencies offline.open in new window

Here is an article on the mechanics of informal trade borrowed from Somali Hawala networks. Exactly the same mechanisms at play in Bitcoin crypto peer to peer informal trades (online and offline)

“data compiled from Coin Dance by the global crypto platform Paxful, shows Nigeria is the largest P2P bitcoin marketplace in the world, over 52% of the market share. In the past 5 yrs 60,215 bitcoin transactions valued at $566 million, placing it second behind the United States”

This is data from Paxful only, one of the many peer to peer bitcoin trading platforms. My friends in Nigeria tell me there is A LOT more P2P trading activity than is captured by official statistics.

In 2020, Nigerians traded more than $400m worth of crypto on local crypto exchange platformsopen in new window

Does anyone honestly think that a ban on official payment channels by Central Banks will cut short interest in bitcoin and cryptocurrencies? What, with the price going up, and all the earning opportunities emerging from cryptocurrencies, dapps and use cases?

This is a political battle between the old legacy banking cartels and the subversive feature of bitcoin cryptocurrencies. In all my years of experience, I am convinced bitcoin and cryptocurrencies will win. African governments and banks lack capacity and no influence.

Their only choice is to co-opt cryptocurrencies like Bitcoin, before it is too late.

I’m going to try pitch my editor this thread as an article.

For more readopen in new window